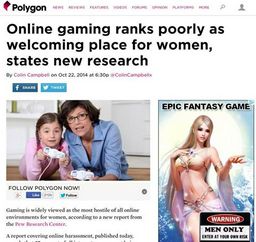 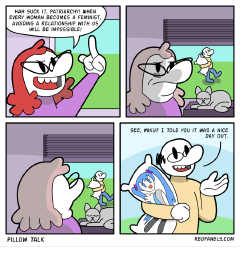 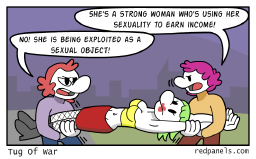 Businesses today hire poorly trained and qualified people on purpose. They know they can pay these people less and they know that even if the quality of their product/service suffers they don&#39;t care and neither will their consumer. Why? Because in this day and age these titans of corporations have used their armies of lawyers and underhanded business tactics to not only snuff out any other rival businesses but ensure that new rivals will never have a fair chance to come out of the wood work. Americans will be very familiar with this scenario with their poor selections of ISPs.

So since it is blatantly obvious they care little about the quality of their products and they control the entire game board, why do they kneel to the PC crowd? Now ask yourself this. Are you SURE they are the ones doing the kneeling? Are you sure they are not the ones giving them the proverbial hug with a knife in their hand? Consider the following.

Most Americans complain about customer service hotlines due to the fact that they are never talking to anyone who speaks English let alone someone who seems to know what they are talking about. You thought American corporations outsourcing a gigantic chunk of their customer service and PR to countries like India was a coincidence? Of course not. They made that choice because they can pay them less, sell out their own nation&#39;s people for their daily bread and then expect the same nation of that many more jobless people to pay for their products and or services. Welcome to Capitalist America. While Capitalism has no moral compass, it is undeniable that many use it for unethical gain. Because certain people (I think calling them even that is too flattering) abuse said system and intentionally harm others in doing so.

But that is beyond the point. I am fairly certain American corporations would have sent all the customer service to China had those companies had better English speaking skills. So where do SJWs come into all this? Forced multiculturalism of course.

What would make people more accepting of demographics that simply don&#39;t belong in said industries that a good old forced push for "diversity". And if not "accepting, legally at gun point. Pull Susan from the office job she likes and tell her she really wants to work for Intel, get Tyrone from the ghetto with a PhD in absolutely nothing and put him into the management position, Tell Zoe to get out of scamming "video games" and seek out a political career (see what I did there?). It is really no different than things like Affirmative Action when you look beyond the gaze. It is merely putting people who do not belong in any given industry, pulling them from the most inane demographics and creating an epidemic.

That epidemic is that there is not enough "diversity" in said industry. Because screw hiring a good qualified worker who will make superior quality products and service, lets go ten steps backwards and hemorrhage money to not only pull into but train people who have no interest in the industry or product. Sounds economically sound right?

If you were an SJW frog who does not think before they leap you would. These corporations who are so crafty and so underhanded would somehow just set everything aside to "be nice"? Come on, don&#39;t kid yourselves. The corporations only embrace the social justice crowd because it is THEIR Affirmative Action. It is within their best interest. It is their way to pull in more people and demographics that don&#39;t belong so they can pay them LESS. Enjoy the surge of media "acceptance" you rainbow haired social justice wales. The corporations are giving you that embrace to use you but you don&#39;t happen to notice the knife they are holding in their hand. That is for you when you outlive your usefulness. Not us straight white cis folk.

Yes, diversity is great, diversity is our strength! But it isn&#39;t you who they have in mind for hiring. It is Tyrone in the ghetto and Hasheeb from India. These corporations have no place for you in their future. You are merely the DOORWAY to bring in this cheaper paid "diversity". So think you are the GATEKEEPERS while you still can. You never had a place in said industries in the first place. The most you will ever be is a glorified spokesperson who does it for free.

They actually kill two birds with one stone since such corporations like MicroSoft and Apple do this and are good goys who will attempt to kill Open Source at any given chance merely because it is competition and their business model is threatened by it. They have used you to invade said communities. Gnome, FireFox, Google, you name it. All premeditated attacks and you were their marching soldiers for free. You were the vehicle for the attack. And what will you get out of it? A broken community you yourselves don&#39;t even know how to fix? Like FireFox importing Google apps because God help you if you have to do your own work right? The corporations use you and the government uses the corporations to deliver their agenda for censoring the internet and any alternative to a government controlled internet by telling them it would be good for their "business". Welcome to the world of sharks you goldfish.

So enjoy your victory. You deserve it. Because it won&#39;t be long before you are back to the unemployment line and have to face the stark reality that you have no work skills or any inherent value in society and will have to go back to scamming again because that is all you will ever succeed in. You were never in control of anything.