japan anime прекрасное
Make Anime Great Again: https://www.oneangrygamer.net/2019/07/japanese-politician-taro-yamada-vows-to-fight-against-censorship-of-anime-manga/89235/ "Japanese Politician Taro Yamada Vows To Fight Against Censorship Of Anime, Manga It’s rare that a political official comes out in favor of freedom of expression, and openly condemns censorship, but that appears to be the ticket that Japanese politician Taro Yamada is riding, as he has utilized social media and his outspoken love for freedom of expression to renew the vigor within the anime community in their fight against censorship. J-Cast.com is reporting that the 52-year-old politician has gained a lot of support during the congressional elections within Japan, explaining… “Mr. Yamada advocated against the restriction of expression including cartoons and animations, and has developed political activities using Twitter and video sites.” The article notes that Taro was trending on Twitter recently as the votes were coming in. If you check his Twitter profile he’s definitely very appreciative of the support he received, especially without having the major financial backing and support of some other candidates. He still notes that he’s aimed at pursuing the freedom of expression on the internet."
#TODRJ8 (3+7) / @o01eg / 181 день назад

japan anime usa прекрасное
Только Американская Оккупация спасёт планету! https://www.oneangrygamer.net/2019/06/usa-japan-austria-rebut-u-ns-proposal-to-ban-certain-anime-comics-manga/85554/ "The United Nation’s Committee on the Right of the Child proposal for the Optional Protocol to the Convention on the Rights of the Child draft from February, 2019 garnered a lot of attention from gamers and anime fans due to the language used in the draft that indicated guidance to enforce the restriction of drawings, cartoons, audio, and written works of fiction featuring “children” engaged in sexual exploitation. If the proposal was enforced it would obviously mean plenty of animes, games, and visual novels would get snuffed out of existence. Well, the U.N., posted up some of the responses from the State parties, individuals, and organizations, and some surprising countries came to the aid of anime. Over on the OHCHR website they have the letters from all respondents available for public viewing. Specifically, the United States was the only State party to explicitly defend anime in writing against the U.N’s proposal, which they acknowledged such works (that weren’t deemed obscence) were protected by the First Amendment. The U.S’ letter to the U.N., dated May 6th, 2019 actually agrees with a lot of the U.N’s proposals for protecting kids, but when it came to paragraph 62 about banning representations of “non-existing children”, the Human Rights Treaties Branch wrote… “ In the United States, federal law provides that it is illegal to create, possess, or distribute a visual depiction of any kind, including a drawing, cartoon, sculpture or painting, that depicts a minor engaging in sexually explicit conduct and is obscene. However, visual depictions (CGI, anime, etc.) where there is not a “real” child are typically protected by the First Amendment (unless the visual depictions are obscene) and the United States’ obligations under the ICCPR. We suggest editing the paragraph as follows: “… urges States parties to prohibit, by law, consistent with their national legal systems, child sexual abuse material in any form …. including when such material represents realistic representations of non-existing children.”"
#4IEWSQ (1+7) / @o01eg / 229 дней назад

japan прекрасное
Make NEKOPARA real: https://www.nature.com/articles/d41586-018-06847-7 "Japan set to allow gene editing in human embryos Draft guidelines permit gene-editing tools for research into early human development. Japan has issued draft guidelines that allow the use of gene-editing tools in human embryos. The proposal was released by an expert panel representing the country’s health and science ministries on 28 September. Although the country regulates the use of human embryos for research, there have been no specific guidelines on using tools such as CRISPR–Cas9 to make precise modifications in their DNA until now. Tetsuya Ishii, a bioethicist at Hokkaido University in Sapporo, says that before the draft guidelines were issued, Japan’s position on gene editing in human embryos was neutral. The proposal now encourages this kind of research, he says. But if adopted, the guidelines would restrict the manipulation of human embryos for reproduction, although this would not be legally binding."
#0YR5JD (0+9) / @o01eg / 470 дней назад

kickstarter mecha japan usa прекрасное
https://www.kickstarter.com/projects/megabots/support-team-usa-in-the-giant-robot-duel/posts/2013101 "The time has finally come. After 2 long years of designing, building, and testing giant robots, we are going up against Suidobashi Heavy Industry, and you can watch the showdown NEXT WEEK - on Tuesday, October 17th, at 7:00PM Pacific Time. We will be streaming the Giant Robot Duel on our newly-started Twitch channel! You&#39;ll be able to see it live here: https://go.twitch.tv/megabotsinc We&#39;ll post the Duel video to YouTube and Facebook immediately after. The schedule for the Duel stream is as follows: 7:00PM - Suidobashi and MegaBots backstory videos to get everyone up to speed 7:30PM - THE GIANT ROBOT DUEL! 8:00PM - Live Q&A with the MegaBots team We can&#39;t show you the full version of what Suidobashi brought to the Duel just yet, but... suffice it to say, it was pretty epic. They gained a few tons, and a whole bunch of horsepower, over the past two years. In case you missed it, here&#39;s the 12-ton, 16-foot-tall, 430-horsepower robot that we&#39;re bringing to the Duel BECAUSE OF YOUR HELP! "
#X02WC3 (0+1) / @o01eg / 829 дней назад 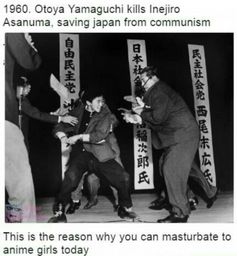 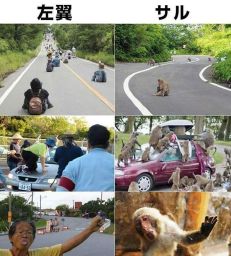