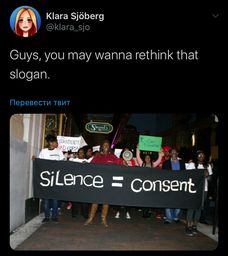 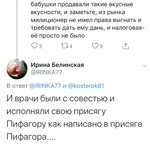 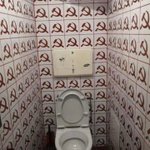 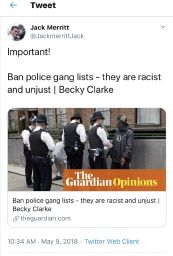 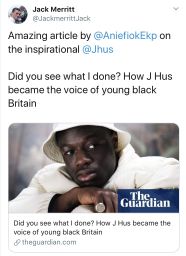 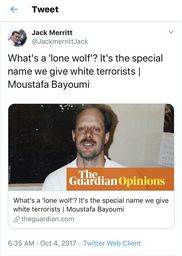 сталирасты math прекрасное
https://www.adl.org/education/references/hate-symbols/not-equal "Some white supremacists have adopted the mathematical sign "≠" (Not Equal or Not Equal To) as a white supremacist symbol. The use of this symbol is an attempt to claim that different races are not equal to each other (and to imply that the white race is superior)."
#NU8KTR (1+9) / @o01eg / 289 дней назад

сталирасты прекрасное
Ага, я всё понял. Просто все, кто выступает против частной собственности — животные, а не люди: https://fee.org/articles/property-rights-are-what-separate-humans-from-the-animal-kingdom/ "Property Rights Are What Separate Humans from the Animal Kingdom As Adam Smith noted, dogs do not have property rights, as do humans. As someone who has studied public policy for decades, I have frequently been struck by how many people are so committed to their favorite ism or “answer” on an issue that they will ignore powerful contradictory analysis and evidence that is only a couple easy keystrokes away, or even when it is right in front of them. A good example of this willful ignorance is the frequency with which opponents of capitalism reiterate dog-eat-dog, “survival of the fittest,” and jungle as descriptors when they open their cornucopia of calumny. [...] Massive Expansion of Output Animals’ absence of any rights beyond their own ability to deter others’ invasions means they do not have private property rights protections that Herbert Spencer described as “an insistence that the weak shall be guarded against the strong,” and John Locke called the reason “man…is willing to join in society.” Ignoring why people unite in society is a pretty big difference to ignore in equating capitalism to the jungle. Animals’ absence of exchange and the production for others creates a zero-sum world in which what one wins, the other loses. Competition restricted to such circumstances can indeed be a vicious, do-or-die struggle. But that is not the competition of markets. That is the competition of war, in which governments compete to override the rights that other governments try to guarantee for their citizens against invasion."
#BA0FVP (1+8) / @o01eg / 293 дня назад

сталирасты кнр anime прекрасное
Очередная победа китайского феминизма: https://www.oneangrygamer.net/2019/02/reddit-bans-adult-loli-subs-new-game-anime-sub-for-featuring-suggestive-content-involving-minors/76652/ "Reddit Bans Loli Subs, New Game! Anime Sub For Featuring ‘Suggestive Content Involving Minors’ Back on December 14th, 2018 Reddit banned the sub-reddit community Lolicons Unite for containing “sexually suggestive content of minors”. Well, several more communities themed around loli characters and animes have been banned, some of which contained lewd content and others that didn’t. According to Kotaku In Action, this comes from a new rule that Reddit is enforcing to ban certain sub-reddits. Hence, Reddit administrators have continued the crackdown on the lolicon communities after enforcing the policy about prohibiting sexual or suggestive content featuring fictional minors, which is available on the Reddit Help page, where it states… [...] Some people have claimed that this is a crackdown on loli content to comply with FOSTA/SESTA, but that relates to communications oriented around sex-related solicitation and not fictional material. A few people suggested that Reddit, like Valve, is simply cracking down on potentially illegal material. For Reddit’s case that could be a possibility, but in Valve’s case they still host fictional pornographic material featuring underage characters. Some have shopped around the theory that this is in lieu of Tencent looking to purchase more stake in Reddit, as reported by The Motley Fool. There’s a running theory that since China has very strict censorship laws, Reddit is slowly starting to clean up some of its NSFW content, including lolicon communities. This theory was put forward over on the Visual Novels sub-reddit by Bonesy from Top Hat Studios."
#VGHNQ1 (0+8) / @o01eg / 297 дней назад

сталирасты прекрасное
Комми вообще не палятся. Тем временем Китай и СССР - самые чистые страны: https://twitter.com/msroberts0619/status/1178160088084865025 "UN Climate Chief Says Communism is Best Way to Fight Global Warming - This is what it has been about since the very beginning. Make no mistake. They know exactly what they are doing and know exactly how to get it done with propaganda and child shields."
#D67ZH5 (0+8) / @o01eg / 311 дней назад 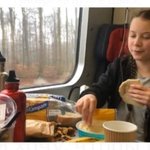