Readers of the higher education press and literature may be forgiven for supposing that there is more research on why there are not more women in STEM fields than there is actual research in the STEM fields themselves.

I think people support Trump for the same reason why second-graders support the class clown who calls the teacher a fart-brain to her face. It’s not that the class literally agrees that the teacher’s cranium is filled with intestinal gases, or considers that an important question to raise. It’s simply that the clown had the guts to stand up to this scolding authority figure who presumes to tell the class every day what they are and aren’t allowed to think. (As far as I can tell, this has also been the central operating principle of right-wing shock artists over the decades, from Rush Limbaugh to Ann Coulter to Milo Yiannopoulos.)

Support for this thesis comes from r/The_Donald, the main online clearinghouse for Trump supporters. Spend some time there, and many of the themes will be instantly recognizable if you’ve followed the interminable controversies about campus political correctness over the last few decades. Perhaps the most popular theme is the self-referential one, of “refusing to be silenced” by the censorious Social Justice Warriors. Trump supporters, for example, gleefully share articles about the university administrators and students who’ve treated “Trump 2016” and “Make America Great Again” chalked on campus sidewalks as hate crimes to be investigated and punished.

(Every time I read such a thing, I want to yell at the administrators and students involved: how can you not see that you’re playing directly into the other side’s narrative, giving them the PR bonanza of their dreams? Actually, I’ve felt the same way about many left-wing campus antics since I was a teenager.)

I explained earlier how abysmally I think Trump comes across under the cold light of reason. But how does he look to my inner five-year-old, or my inner self-serving orangutan? Well, Trump’s campaign has attracted some noxious anti-Semites, who surely want me dead for that reason, but I see little indication that Trump himself, or most of his supporters, feel similarly. I can’t say that they’ve said or done anything to threaten me personally.

Meanwhile, many of the social-justice types who are Trump’s ideological opposites did try to destroy my life—and not because I hurt anyone, tried to hurt anyone, or said anything false, but just because I went slightly outside their Overton Window while trying to foster empathy and dialogue and articulate something true. And having spent a year and a half reading their shaming attacks, on Twitter, Tumblr, Metafilter, etc., I’m well-aware that many of them will try again to destroy me if they ever see an opportunity.

So on the purely personal level, you might say, I have a hundred times more reason to fear Amanda Marcotte than to fear Donald Trump, even though Trump might become the next Commander-in-Chief (!?), while Marcotte will never become more than a clickbait writer. And you might add: if even a nerdy academic in Cambridge, MA, who’s supported gay rights and environmentalism and Democrats his whole life, is capable of feeling a twinge of vicarious satisfaction when Trump thumbs his nose at the social-justice bullies, then how much the more might a “middle American” feel that way? Say, someone who worked his whole life to support a family, then lost his job at the plant, and who’s never experienced anything but derision, contempt, and accusations of unexamined white male privilege from university-educated coastal elites?

The truth is, there’s a movement that’s very effectively wielded social media to remake the public face of progressive activism—to the point where today, progressivism could strike an outside observer as being less about stopping climate change, raising the minimum wage, or investing in public transit than simply about ruining the lives of Brendan Eich and Matt Taylor and Tim Hunt and Erika Christakis and Dongle Guy and Elevator Guy and anyone else who tells the wrong joke, wears the wrong shirt, or sends the wrong email. It strikes me that this movement never understood the extent to which progressive social values were already winning, with no need for this sort of vindictiveness. It’s insisted instead on treating its vanquished culture-war enemies as shortsightedly as the Allies treated the Germans at Versailles. 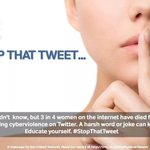